hangmenProjects is delighted to present

Lyndal Walker is as our first artist-in-residence! During August she has been at the Nordic guest studio Malongen, preparing for her show at hangmenProjects.
‘The Artist’s Model’ is a photographic installation consisting of mirrors and photographs of young men in various stages of undress. During August, Lyndal Walker has had a studio at Malongen NKF where she has been photographing young men.  Unlike so many photographers who are hidden while their models are vulnerable to the gaze of the camera and viewer, Walker is present in each image, reflected in a mirror.  But we see that she is fully clothed and retains some privacy, with the camera hiding her face and placing her in the active role.
Viewers of the exhibition will not be able to take an entirely voyeuristic role either.  The photographs are mounted on mirrors so the audience must consider the three-way dynamic between model, photographer and audience.  Assumptions about the artist’s studio, the process of creation and the dynamic between artist and model will also be challenged in this exhibition.
Walker’s series of scarves with photographic prints of erect penises, ‘Silk Cut’ was exhibited in Supermarket 2015. The artworks are made to be worn, challenging the preciousness of the photographic print and bringing images more typical of sexting, back into the tactile realm.
For twenty years Walker has been making work that challenges gender roles and questions the construction of images.   In her 2010 series ‘La Toilette d’Une Femme’, Walker photographed women getting dressed.  Unlike the voyeuristic paintings of the genre, Walker was a sympathetic participant, celebrating the enjoyment women get from clothing.  In Stay Young, she photographed boyish young men in their underwear.  Vulnerable, their youth fleeting and their homes exposed, the images challenged expectations about masculinity.
Walker has been exhibiting photographs and installations since 1994.  Her work has been shown at The Museum of Contemporary Art, Sydney; La Panaderia, Mexico City; Modern Culture, New York and The National Gallery of Victoria, Melbourne and was presented at the 2010 Ping Yao Photography Festival in China. Frieze, Art & Text, Beaux Arts Magazine and numerous Australian newspapers and magazines have published and reviewed her work. Lyndal Walker lives in Berlin. 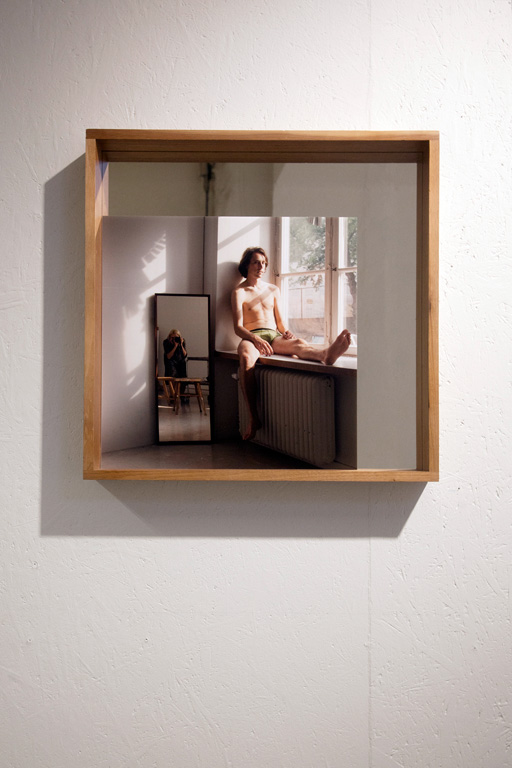