hangmenProjects are pleased to announce:

West by East Coast, a group exhibition with artists from Stockholm and Los Angeles.

An exhibition exchange with a Los Angeles based gallery Durden and Ray.  Founded in 2009, Durden and Ray is comprised of 24 artist/curators who work together to create exhibition opportunities at their downtown Los Angeles gallery as well as in concert with artist groups and gallery spaces around the world. Durden and Ray concentrates on small, tightly curated group shows at the gallery, organized by the members, and hosts international artists as part of a commitment to global exchange and alternative networks. The Durden and Ray model expressly overlaps multiple strategies, including the commercial potential and visual identity of a gallery, the democratic structure of an artist group, the potential to create collaborative works of art in the manner of a collective, and the shared fiscal support of its programs by group members and project partners similar to a nonprofit organization. Durden and Ray is committed both to individual praxis and to shared aims of curatorial experimentation, visual research, and artistic exchange with international partners.

Thanks for the support from;
The Nordic art association (NKF). www.nkfsweden.org

Annikas Behm is an Stockholm based artist who mainly works with is photography, installation and video. Her work examines the visual, and complex aspects of photography, such as the relations of the viewer / image / object and the philosophy of time and space and her work often strive for the sculptural. Her works has been exhibited at Hasselblad Center/Gothenburg, Galleri Mors Mössa /Gothenburg, Kunstverein Hannover/Germany, Haninge Konsthall/Stockholm, Centrum för Fotografi/Stockholm amongst others. She did her MA at Malmö Art academy in 2007 and has since been granted by Edstrandska Stiftelsen, Helge Ax:son Johnsons Stiftelse and The Swedish Arts Grants Committee etc.

Jenny Hager is a Los Angeles based artist, originally from Detroit, MI. She has a BA from Knox College, Illinois, a post baccalaureate from the New York Studio of Drawing, Painting, and Sculpture, NYC, and an MFA in Painting from the University of Pennsylvania. She has taught at the University of Pennsylvania, Knox College, West Los Angeles College, and Santa Monica College. Jenny has received two Joan Mitchell Foundation Grants, a research grant from Knox College, a merit and teaching grant from the University of Pennsylvania, and a Professional Artist in Residence Scholarship from Ox-Bow. She has exhibited nationally and internationally, including New York City, Los Angeles, San Francisco, Philadelphia, Phoenix, Atlanta, London, Berlin, Brisbane, Lecce, Paros, and Budapest. She has participated in art fairs, including Miami Projects (Miami), Supermarket Art Fair (Stockholm), Spring Break (Los Angeles), and QiPO 01 (Mexico City), and her work has been shown in the Reykjavik Art Museum (ISL), the Torrence Art Museum (Los Angeles), the Riverside Art Museum (Los Angeles), the Figge Art Museum (Davenport, IA), the San Diego Art Institute (San Diego). She has also participated in the Yokohama Triennale (Japan). Hager works with the artist run gallery, Durden and Ray, in Los Angeles, and has shown at the Berry Campbell Gallery (NYC), Paul Thiebaud Gallery (San Francisco), the Bentley Gallery (Phoenix), and Gross McCleaf Gallery (Philadelphia), and HClub, Los Angeles.

Krajcik & McKenzie will be collaborating for the first time for this show.
Jakob Krajcik b. in Stockholm 1973. Lives and works in Stockholm. Krajcik works with sculpture and painting and has previously collaborated with other galleries, such as Peter Bergman and Steinsland Berliner. Models of buildings and interiors are recurring themes in Jakob Krajik's sculptural works. Krajcik has participated in numerous exhibitions such as Norrtälje konsthall, hangmenProjects, Makaroni, Stockholm, Konstapoteket, Malmö, Kunsthalle CCA Andratx, Mallorca, Galleri Rostrum, Malmö and Gelesborgs konsthall. Krajcik is represented by several museums and councils: CCA Kunsthalle Andratx, Mallorca, Göteborgs Kulturnämnd, Sveriges Allmänna Konstförening, Statens Konstråd, Örebro Landsting, Norrtälje Landsting and Folkets Hus & Parker.
Stephen McKenzie, b. in Numurkah, Australia, 1971, lives and works in Stockholm. He studied sculpture at Victoria Collage of Arts in Melbourne and later at the Royal Institute of Art in Stockholm. McKenzie’s recent exhibitions include: Back to Sculpture, Stockholm, 2015, The Projectionists, 13Festivalen, Göteborg, 2015, SuperRegular, 2016 and curated exhibitions: Death of Ceramics, Stockholm, 2016 and Women don’t paint very well, Stockholm, 2016.

Anna Nordström b. 1984 Gävle, Sweden. Educated at Konstfack and Maryland Institute College of Art. In her work Nordström utilizes a wide range of textile techniques, mainly patchwork, quilting and embroidery. The traditional, or more common ways of creating are modified to concern thoughts on work, labour, status, value and (lack of) professionalism.

Max Presneill is a Los Angeles based artist and curator, originally from London, UK. He has a BFA from Sheffield Hallam University, UK in Sculpture as well as an MFA in Painting. He has exhibited throughout the world including New York, London, Amsterdam, Paris, Stockholm, Berlin, Vienna, Istanbul, Sydney, Guangzhou, Beijing and Tokyo and is represented by Patrick Painter, Inc, Gallery Lara in Tokyo, TW Fine Art in Brisbane, Australia, ICFA in Beijing, China as well as the Durden & Ray collective in Los Angeles. Solo exhibitions include TW Fine Art, Brisbane and Garboushian Gallery (Beverly Hills), as well as the New Bedford Art Museum, Freight & Volume (New York City), Nicodim Gallery (Los Angeles), as well as inclusion in group exhibitions at Museum Villa Seiz (Germany), alongside Gerhard Richter and Sol LeWitt, Lancaster Museum of Art & History alongside David Hockney, and in both the Yokohama Triennial and 13th Istanbul Biennial. His work has also been shown at art fairs including The Armory Show (NYC), The Stray Show (Chicago), The Art Los Angeles

Isak Sundström is an artist and musician, born on Gotland, Sweden. He is currently based in Stockholm. In 2015 Sundström completed his MFA at Konstfack, University College of Arts. In his practice he make use of different media and techniques such as text, music, video, theater, textiles, objects and performance.

Nacho Tatjer, b. in Barcelona, Catalonia, 1966, lives and works in Stockholm. He studied at Universitat de Barcelona and at the Royal Institute of Art in Stockholm. Some of Tatjer’s recent exhibitions include: SuperRegular, 2016, Death of Ceramics, Stockholm, 2016, The Projectionists, 13Festivalen, Göteborg, 2015, You are my inspiration, Stockholm, 2015 and You are the cream in my coffee, Motala, 2013. Currently he is working with a long-term public commission for Drottning Silvias barn- och ungdomssjukhus, Göteborg.

Danae Valenza is a multidisciplinary artist whose work sits between sound and image. Previously from Melbourne (AU), She is currently based in Stockholm and completing an MFA at Konstfack University.

Valerie Wilcox, b. in San Diego, CA., currently lives and works in Los Angeles. Along with receiving a BFA in graphic design, she has studied printmaking, painting, photography and sculpture. Wilcox has exhibited and is collected internationally. She is most recently published in "T", the New York Times Style Magazine, Mar. 2019. In Valerie Wilcox’s current body of work, “Constructs," she presents a reimagined, abstracted understanding of our constructed environment and how our brain works to piece together diverse elements. She uses common materials to create connections between our everyday lives and new ideas about how we construct our physical surroundings. Wilcox incorporates the ideals of Wabi Sabi into her working process. This aesthetic is centered on the acceptance and beauty of transience and imperfection. It refers to quirks and anomalies arising from the process of construction, which add uniqueness and elegance to both natural and man-made objects. Wilcox's Constructs at once become referential, self-reflexive and whimsical, managing to transcend their base materiality, as her source materials are elevated and imbued with newness of form and function.

Steven Wolkoff is an artist based in Los Angeles. He graduated from Dartmouth College with an honors English major, but somehow became a painter. His three-dimensional language paintings explore the boundaries of the medium of paint and forge a link between formalist and conceptual art. His work has been featured in Artillery Magazine, Poets/Artists magazine, and Architectural Digest.

Alison Woods started her career as a graphic designer, working in New York and later in California, designing video game packaging for Atari. She returned to graduate school late in life, and received her MFA with honors from the San Francisco Art Institute in 2012 where she was the faculty nominee for the Joan Mitchell Foundation Grant in Painting. Her work draws heavily from her experiences working in the technology sector of the Silicon Valley. She has exhibited internationally and is the founder of the Bridge Residency, an invitational project for artists wishing to explore the Los Angeles art scene.

Gethin Wyn Jones is originally from Bangor, North Wales and now based in Stockholm, Sweden. He completed a Masters in Fine Art at Baltic x Northumbria University in 2015 and moved to Stockholm, where he studied as a guest student at the Royal Institute of Art. His work across a range of media including painting sculpture and film. At its core, his work is concerned with examining commodity aesthetics across a range of representational codes and conventions. From this starting point, Wyn Jones has developed an interest in seduction, fetishisation of surface, and advertisement. Through his work he wants to promote a different kind of seeing and looking. Wyn Jones is interested in raw information, in the texture of the subject matter, wanting to create something so detailed and descriptive that even people who have no interest in the subject matter would want to look longer. 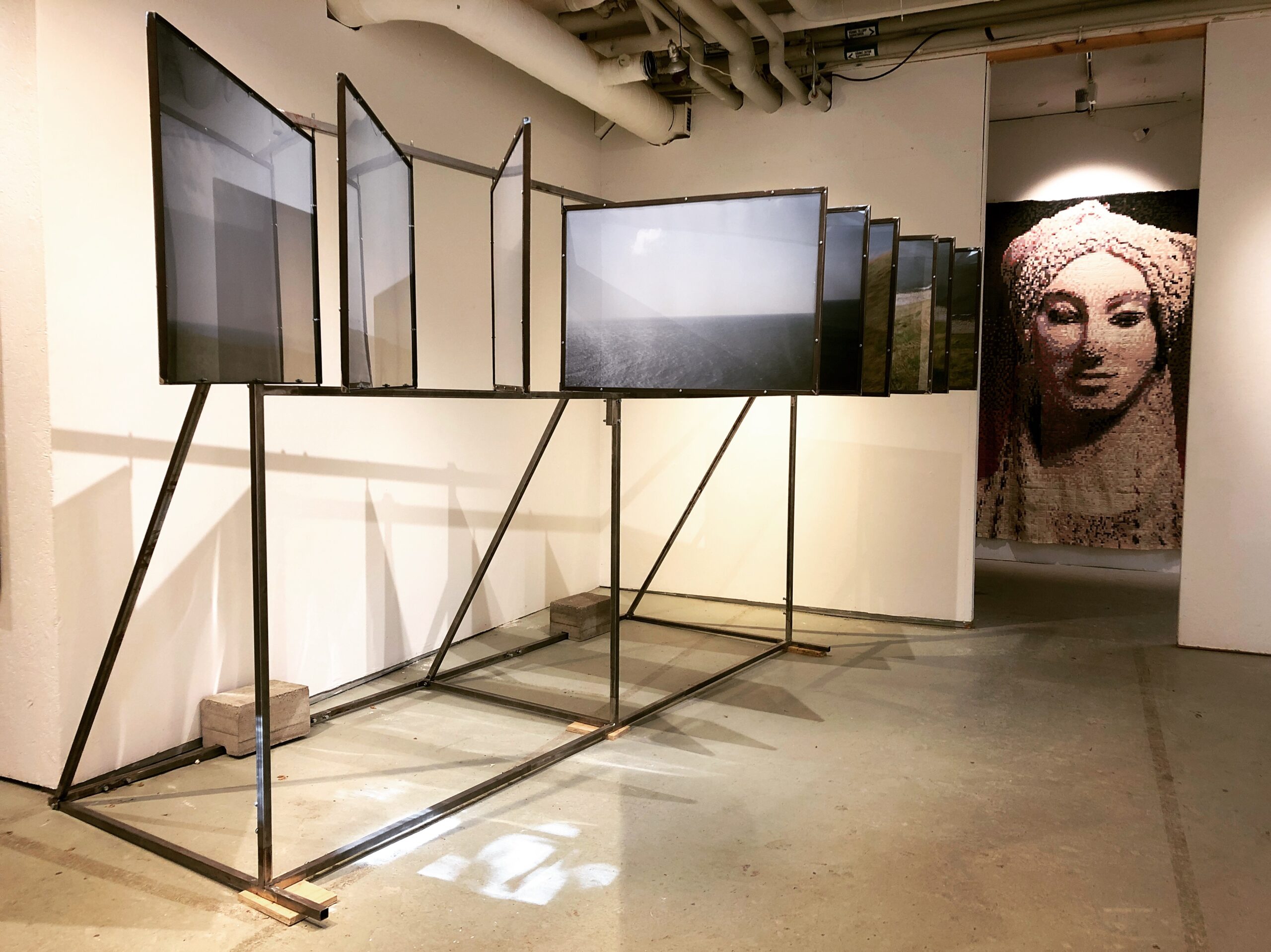 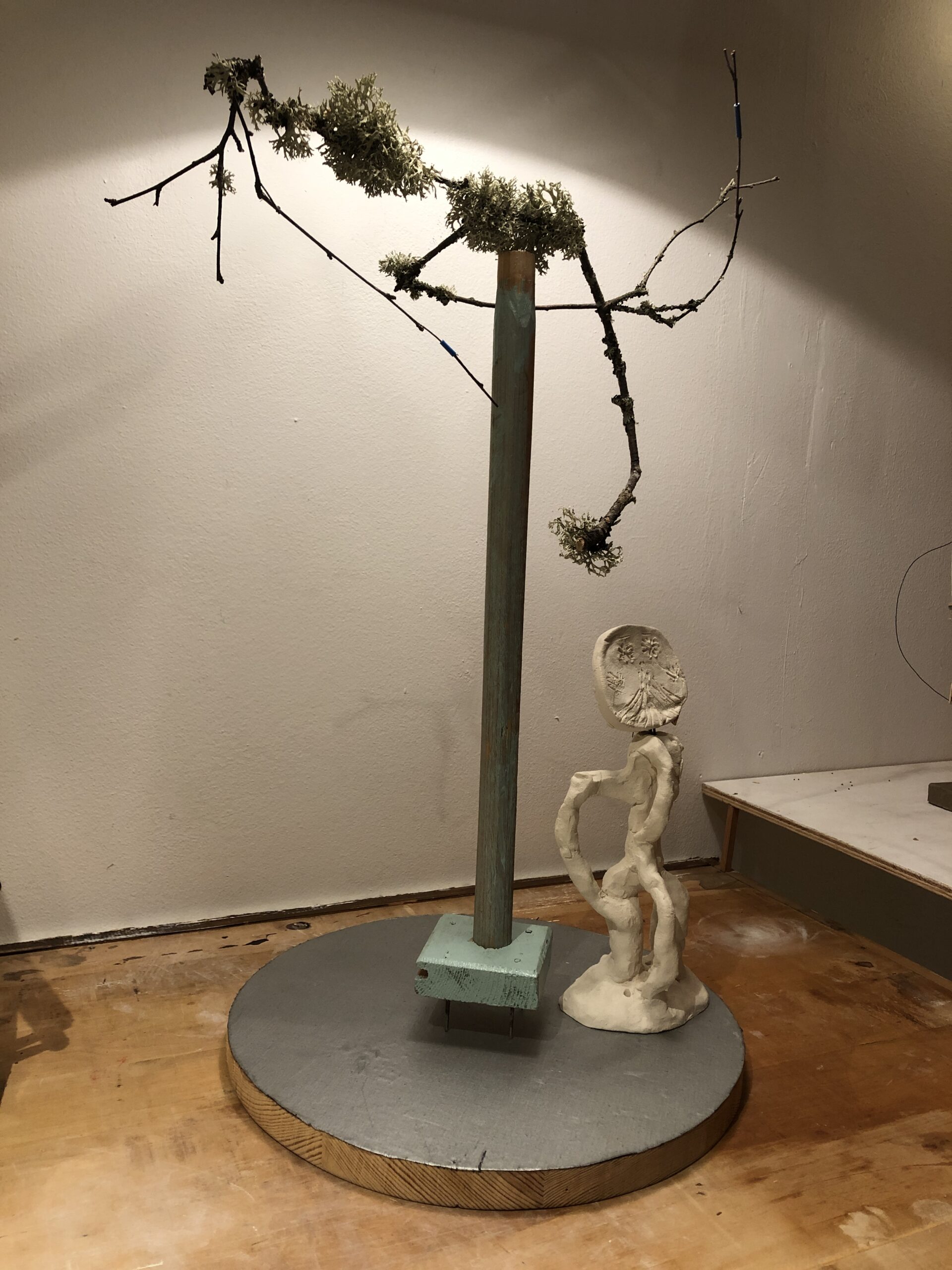